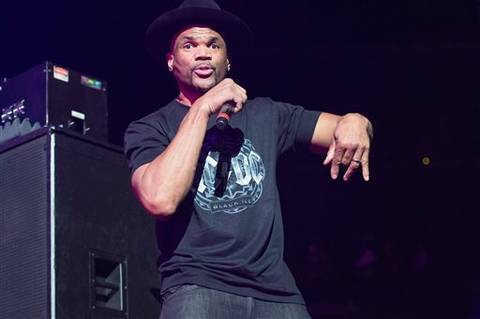 Rock and Roll Hall of Famer and hip-hop icon Darryl “DMC” McDaniels says the New York police commissioner’s recent comments — where he labeled rappers as thugs following a shooting at a hip-hop concert — are disrespectful and that the commissioner should apologize to rappers like Chuck D, Will Smith and Kendrick Lamar — performers whose songs do not promote violence and negative images.

Source: DMC: Commissioner should apologize for words about rap | The Charlotte Observer

Have you ever considered what Childhood Abuse, Neglect & Maltreatment victim Kendrick Lamar’s life would be like if he was raised, nurtured, socialized and supervised by RESPONSIBLE, caring, loving family members who RECOGNIZED that placing ABOVE ALL ELSE the EMOTIONAL WELL BEING of their child(ren) will most likely result with a fairly or wonderfully happy child maturing into a reasonably responsible teen and adult respecting themselves, their peaceful neighbors and the authority responsible for maintaining peace in all American neighborhoods.

Victim of Childhood Trauma, Abuse, Neglect and Maltreatment Tupac Shakur was well aware that not only are American kids being UNJUSTLY OPPRESSED and DEPRIVED from experiencing their full human potential, Tupac realized OUR NATION is being deprived of enjoying the potential achievements offered to ALL Americans by reasonably well adjusted kids maturing into responsible teens and adults who care about the future of OUR Nation.